It’s back, and better than ever! The latest in the SimCity series, SimCity 3000 (SC3K) is a very grown-up version of the game with tons of new features and a glossy new look. You’ll find a greater range of tools, lots of bug fixes and a whole new building tile set. One of the best new features is the huge library of actual landmarks included with the game (with more available for download.) It’s kind of cool to have a simple one-horse town with the Arc de Triomphe sitting in the middle of it. 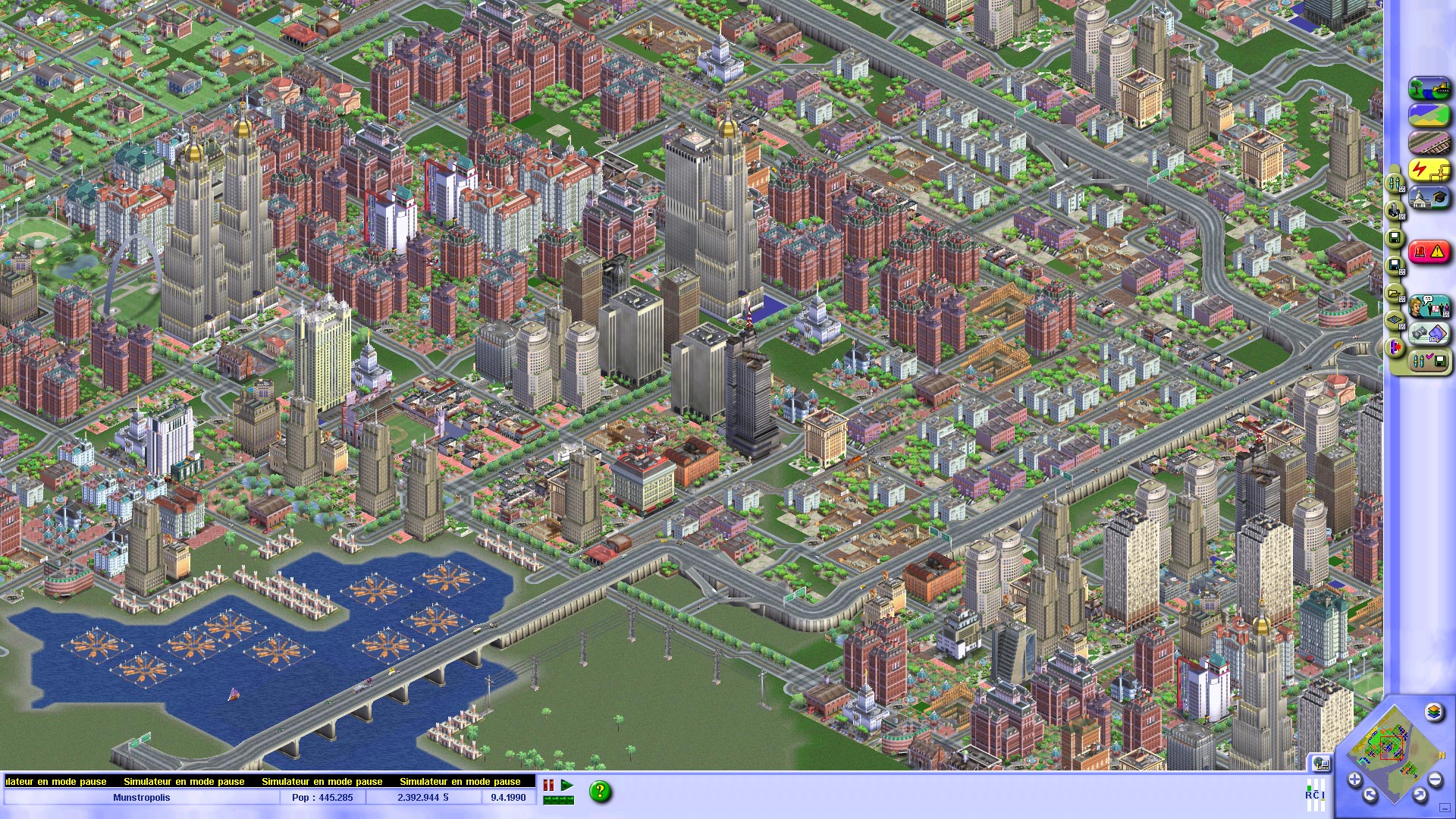 The control panel has been completely revamped from the last version, with an RTS-style playing field surrounded by controls. You also now have a ticker across the bottom of your screen with news and advice from your various advisors, instead of having to monitor the newspaper as in SimCity 2000 (SC2K). Access to charts, maps and graphs is much easier, too. The game speed is easier to control, as each time you load a city you start out in pause mode, and the various speeds aren’t so hugely different from what they were before.

You can even load in cities from SC2K, though there are some things that have been changed that will make them rather different in this version. Otherwise, the basic gameplay is the same as always and most of the strategies you’re familiar with for building cities before will work here. There are also some strategy updates, though, as some of the ordinances, pollution and crime data are different. The biggest problems I ran into when playing, aside from being a bit confused over seaports and farms, were never having enough schools and dealing with traffic congestion (though this particular aspect is vastly improved over SC2K). I also kind of miss having hydroelectric plants, since those worked so easily before. Building bridges is also a bit of a pain at first, but once you’ve done a few, they make sense.

There isn’t quite as much improvement in actual game graphics as I had hoped for (I was imagining something closer to what the pre-game cinematics look like), but the overall look is much cleaner, clearer and more colorful. Buildings are much more detailed now, there’s actual animation on many items, and on the closest zooms you can actually see cars and people moving around. The terrain is also smoother and easier to work with, and you can even turn off the grid lines to watch your city in action. 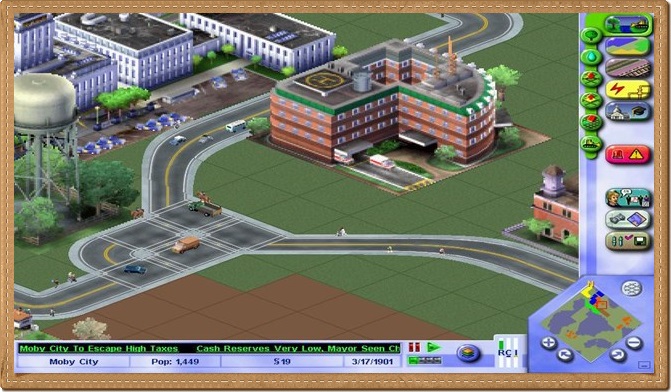 Authentic sounds, especially on the closer zooms, and some really good (if oddball) music. No great need for a major sound card, unless you want the surround sound immersion effect.

It’s a hefty one -- be sure to have a fast system, or a large city will take forever to load.

One of the largest play guides I’ve ever seen comes with this game, along with a 15-page reference 'card' that’s almost a play guide in itself. Both are very useful and handy. The SC3K website is also a great resource, as it addresses a few issues people have reported with the game, and has some great downloads and updates, too.

A great update. Lots of hard work went into this, and even though it took forever to finally be released, it was well worth the wait. They obviously listened very closely to what people wanted from the game and delivered very well. Many, many problems were completely resolved (such as water issues) and tons of new features were added that make the game all the more fun. There are still a few minor issues, such as difficulty with farms, seaports and bridges, but information on the website and in the play guide can help you get past those.