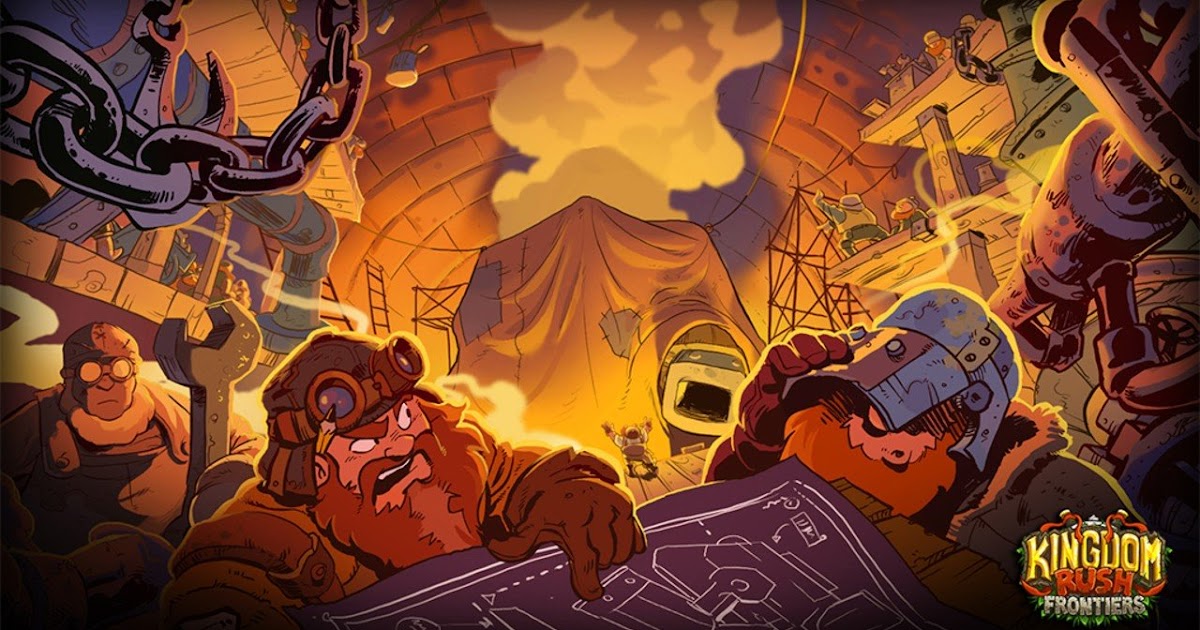 UPDATE: Found him! Thanks to everyone who commented and help me solve this achievement. To find the 'hidden mortal reptilian combatant' tap the door in the cavern on the Darklight Depths map. Reptile will then appear in the top right hand corner of the screen near the pause button. He is hard to see like the 3 Predators you had to find to unlock the 'Ugly $%@#' achievement, but trust me he's there. Tap him before he scales the wall and you will unlock the 'You've Found Me' achievement.
The 'You've Found Me' achievement was added to Kingdom Rush: Frontiers via the holiday update in December 2013. The achievement reads 'find the hidden mortal reptilian combatant,' which is obviously a reference to Reptile from the Mortal Kombat game.
In the original Mortal Kombat players could unlock Reptile by earning a Double Flawless Victory and performing a Fatality. I'm assuming you have to do something similar on The Darklight Depths level to find the character and unlock the achievement, but maybe I'm over thinking it.
There is also a secret door in a cavern which you can tap to light up, but so far that's all I can figure out. If you have unlocked this new achievement please let us know how you did it in the comments section below.
UPDATE: I have unlocked the achievement thanks to the comments below. So far it seems random. Here's how I did it: I activated the glowing door mentioned above, then I randomly tapped the screen until the achievement was found. It worked for me when I tapped near the black pit next to the skeleton with the sword. It is still unclear if the mortal reptilian combatant can be found in the same spot by everyone or if he is just in random locations. It is also unknown if the door in the pit actually needs to be activated for you to find him.
There also seems to be a bug preventing you from getting the new boss achievement 'I'm the Lizard King.' Has anyone else experienced this?
UPDATE: Version 1.4.1 of Kingdom Rush Frontiers fixes the 'Lizard King' achievement.
Has anyone found any other Easter eggs on the Darklight Depths level?
How do I get the Dr. Henry Walton (Indiana Jones) achievement in Kingdom Rush: Frontiers?
You can 'help Indiana find the secret passage' on stage 11 Temple of Sagra. Indiana will appear on the roof of the right hand side building. Quickly push the tiles on the wall in this order: Second tile, First tile, then Third tile. This will open the secret passage and crush the bed of Parasyte eggs. Don't mess up the order of the tiles, or you will release the little facehuggers, and no one wants to deal with them.

How do I get the singing frog achievement in Kingdom Rush: Frontiers?
The 'One Froggy Evening' achievement can be earned by catching the frog on level 3, 'Sape Oasis'. He will appear near the rock by the oasis on the top right side of the screen. Just click him when he pops up to make him sing, and you will earn the achievement.

How do I get the mermaid achievement in Kingdom Rush: Frontiers?
The mermaid can be found in the fifth world 'Buccaneer's Den'. She doesn't pop up frequently, so you'll want to earn this is achievement after you've defeated all three levels (Campaign, Heroic Challenge, Iron Challenge). Keep your eye on the left hand side of the screen, she pops up under the boat near its anchor. Quickly click her to earn the achievement.