Super Smash Flash 2 v0.8 is an interesting fighting game developed by Cleod9. This game has unique graphics, suitable for all ages, especially children and families. You can experience this game on your browser because it is a flash game.

In this game you control a character and your mission is to win all the battles. You will have many popular characters to choose from, such as Naruto, Goku, Mario, Link, Sonic ... Each character has their own skills.

Super Smash Flash 2 v0.8 has 2 modes: Solo and Group. The duration of each battle is 2 minutes. Try to do as much damage as you can on your opponent. When time is over, who gets more points wins. Note: Each time you fall off the arena, you lose 1 point.

Solo: This mode has 2 mini-modes, Training and Stadium. You can practice with all characters in Training and fight with your opponents in the Stadium.

Group: You can invite your friends and play together on the same PC. This mode allows up to 4 players to play in a battle.

Before starting the battle (Group Mode), you can set the brawl rule, such as time limit, stock, damage ratio, item frequency, hazards or team damage ... With cute graphics, good sound and nice effects, you will have exciting moments. Good luck and have fun!

If you like this game, you can also play other games with the same game play such as Street Fighter Alpha 3, Bleach Vs Naruto 3.1… 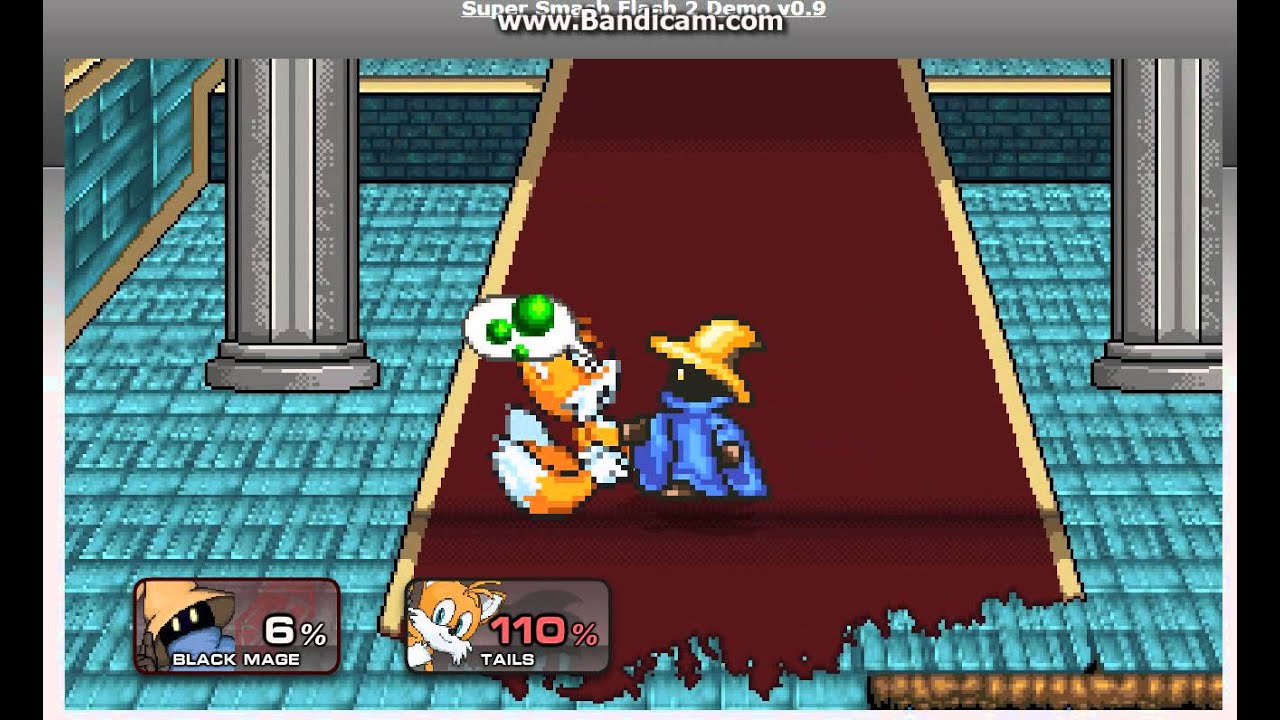