It's been 16 months since Mac Miller's death, and while he may be gone, his spirit lives on through his friends, family members, and fans. Jan. 19, 2020 marked the late singer's 28th birthday, and to remember him, fans have been showing Miller an outpouring of love on social media. Ariana Grande, who dated Miller from 2016 to 2018, shared a post of her own and it's so heartbreaking. Fans were emotional already, but Ariana Grande's birthday post for Mac Miller sent them through the roof.

Grande's relationship with Miller was truly something special, since — even after their breakup — Grande never failed to show the rapper love and support. His unexpected passing on Sept. 7, 2018 definitely affected Grande, and that's why she honors his memory in any way she can. For starters, she payed tribute to him throughout her 2019 Thank U, Next album and in its title track, as well as the duration of her 2019 Sweetener world tour by playing his music before her concerts began. Now, a year after his passing, Grande is keeping his memory alive through her birthday post dedicated to her late friend. The pop star took to Instagram to share an old home video, and you better grab some tissues before watching.

In the video, Miller's back is to the camera as he plays the keyboard and as their dog Myron (whom they adopted together in 2017) flops around on the couch. Grande captioned the video with a simple blue heart emoji. Reportedly, she also tweeted the words 'miss u' before deleting the tweet on the emotional day as well.

Last year, for what would have been Miller's 27th birthday (his first birthday following his passing), Grande also took to Instagram to commemorate her ex. In her Instagram Story, she shared a few throwback pics of her and the late singer, and though she didn't provide any captions, her intention was pretty clear. 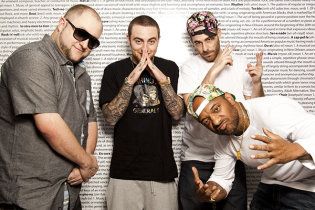 Following the news of his passing in September 2018, Grande posted a simple tribute photo on her Instagram. The black-and-white picture showed Miller looking up at the camera, and she chose not to include a caption. A few days later, she shared a video of the two joking around together.

'I adored you from the day I met you when I was nineteen and I always will,' she wrote along with the video. 'I can't believe you aren't here anymore. I really can't wrap my head around it. We talked about this. So many times. I'm so mad, I'm so sad. I don't know what to do. You were my dearest friend. For so long. Above anything else. I'm so sorry I couldn’t fix or take your pain away. I really wanted to. The kindest, sweetest soul with demons he never deserved. I hope you're OK now. Rest.'

Miller's death certainly hasn't been easy on the Grande, and his birthday seems to be a particularly tough day for her. Here's hoping she keeps finding ways to pay tribute to her late friend that allow her to reflect on the good times they shared together.